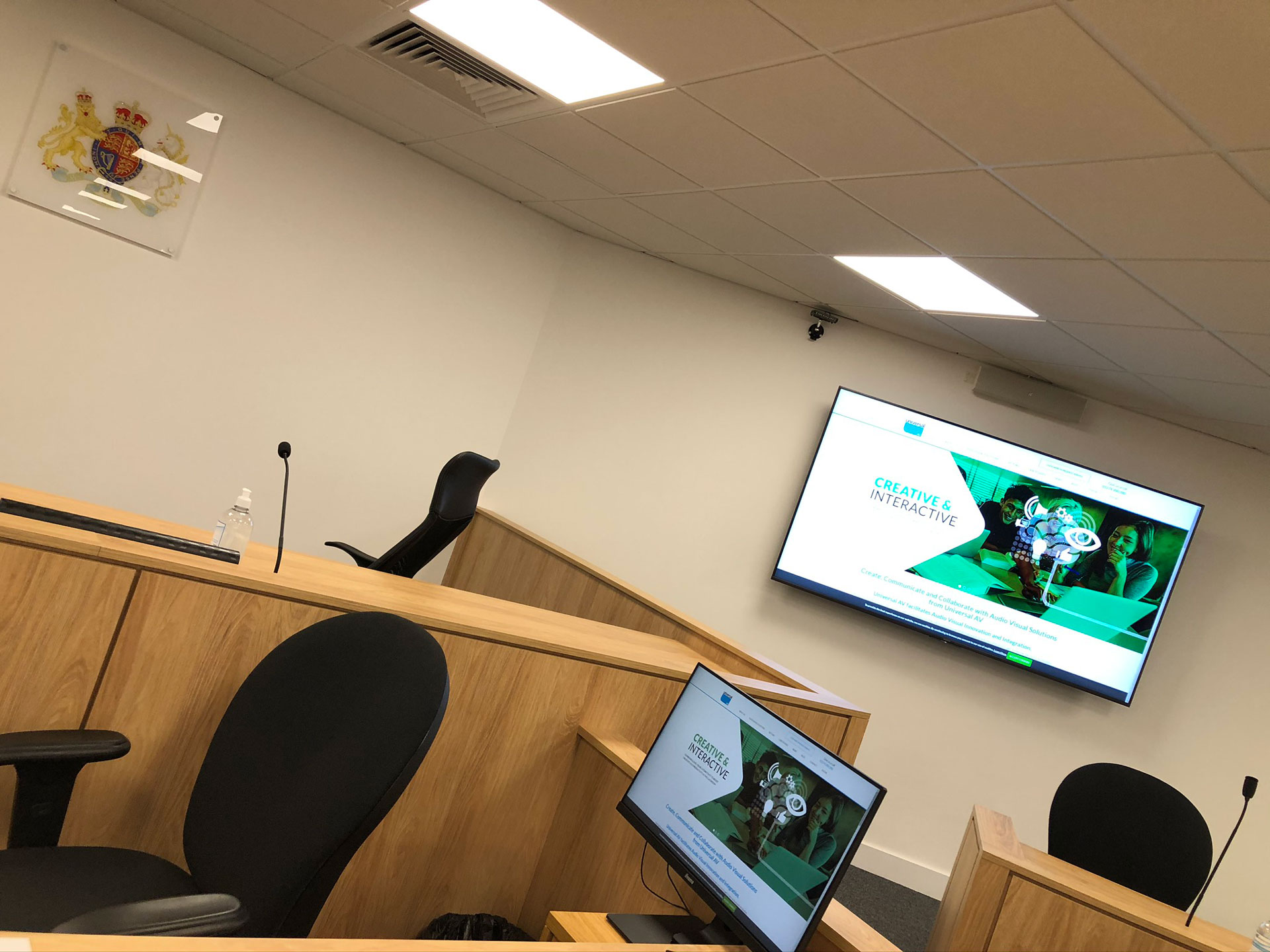 Universal AV were asked to reply to the tender notice by Rochdale having already supplied audio visual technology to the Coroners Courts in Manchester. The Coroner had seen this in use and was impressed by the functionality and simplicity in which it could be used.

The Coroners accommodation were relocating to newly refurbished office premises at Newgate House and to create three new dedicated courts for inquests. The courts had seen an increase in the number of remote witnesses who needed to be called upon who were none UK residents and call them. therefore needed a suitable solution to call them. Additionally, there was a desire to reduce travel and costs associated with expert witnesses so comprehensive video solution was required.

The need was derived from needing to video call with witnesses both inside and outside the UK as well as being able to record the sessions. The brief was clear. The system needed to be functional yet simple. Recording facilities were required in the court and witness room with clear audio as well as the ability to clearly display evidence. 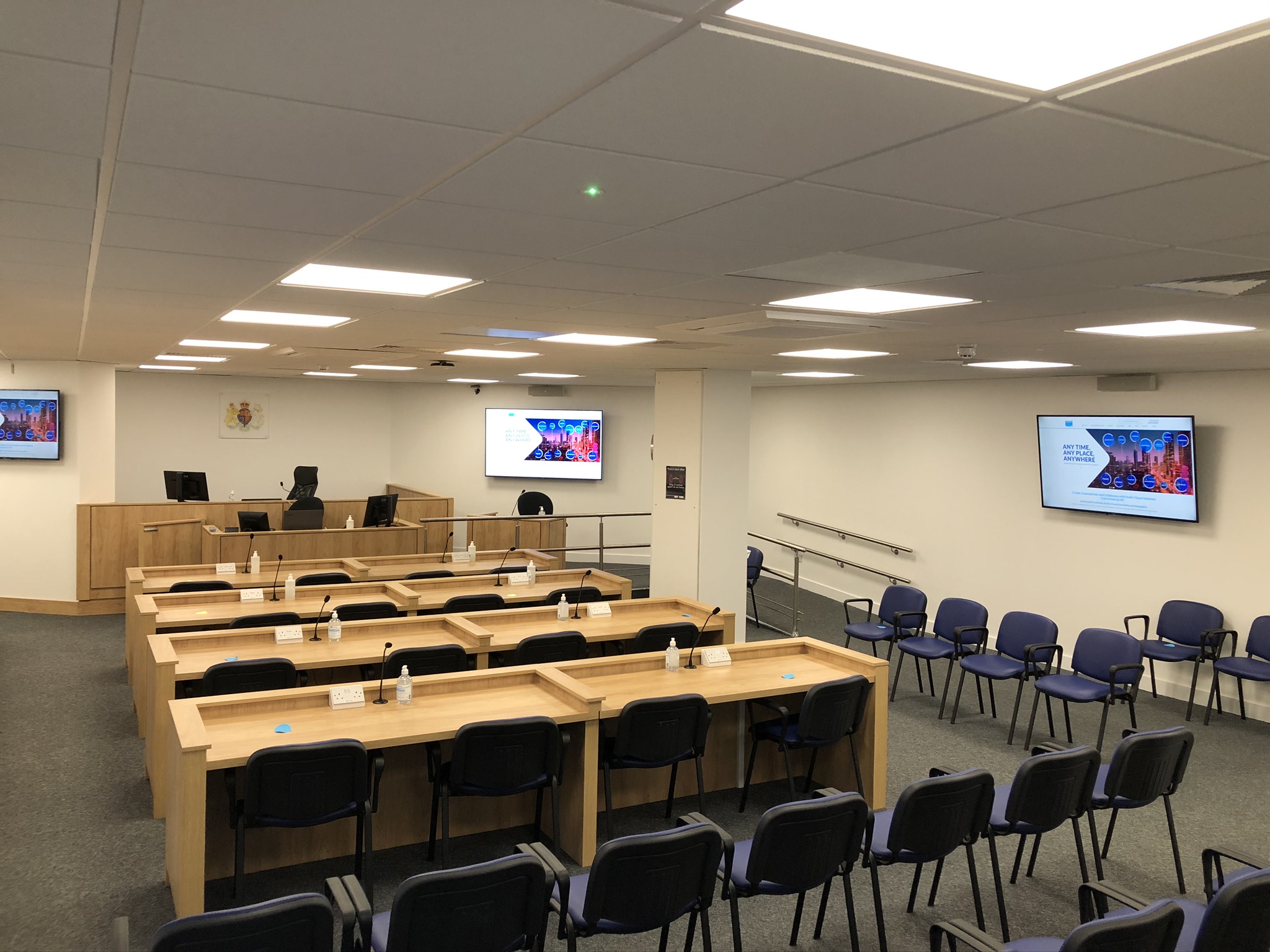 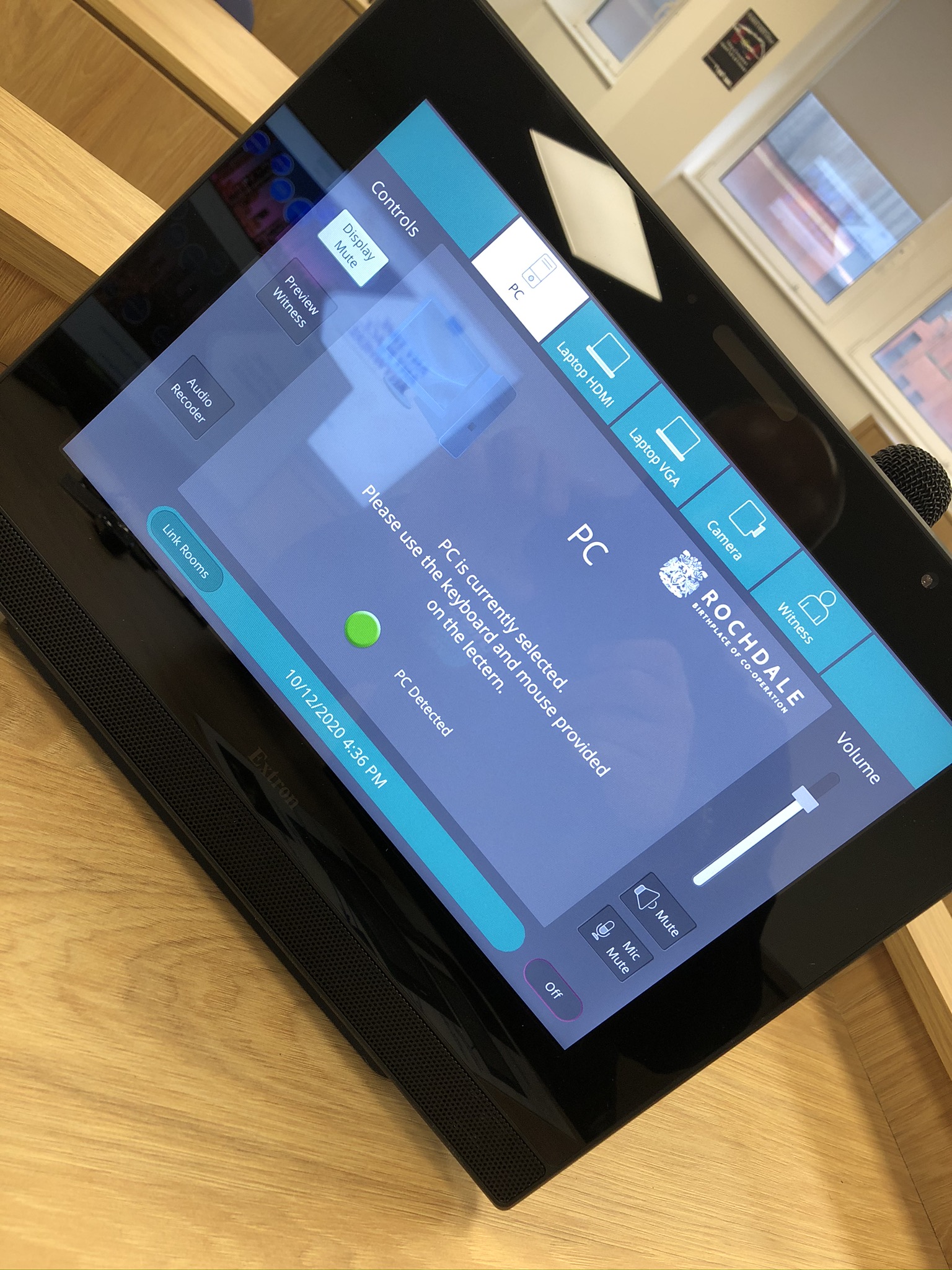 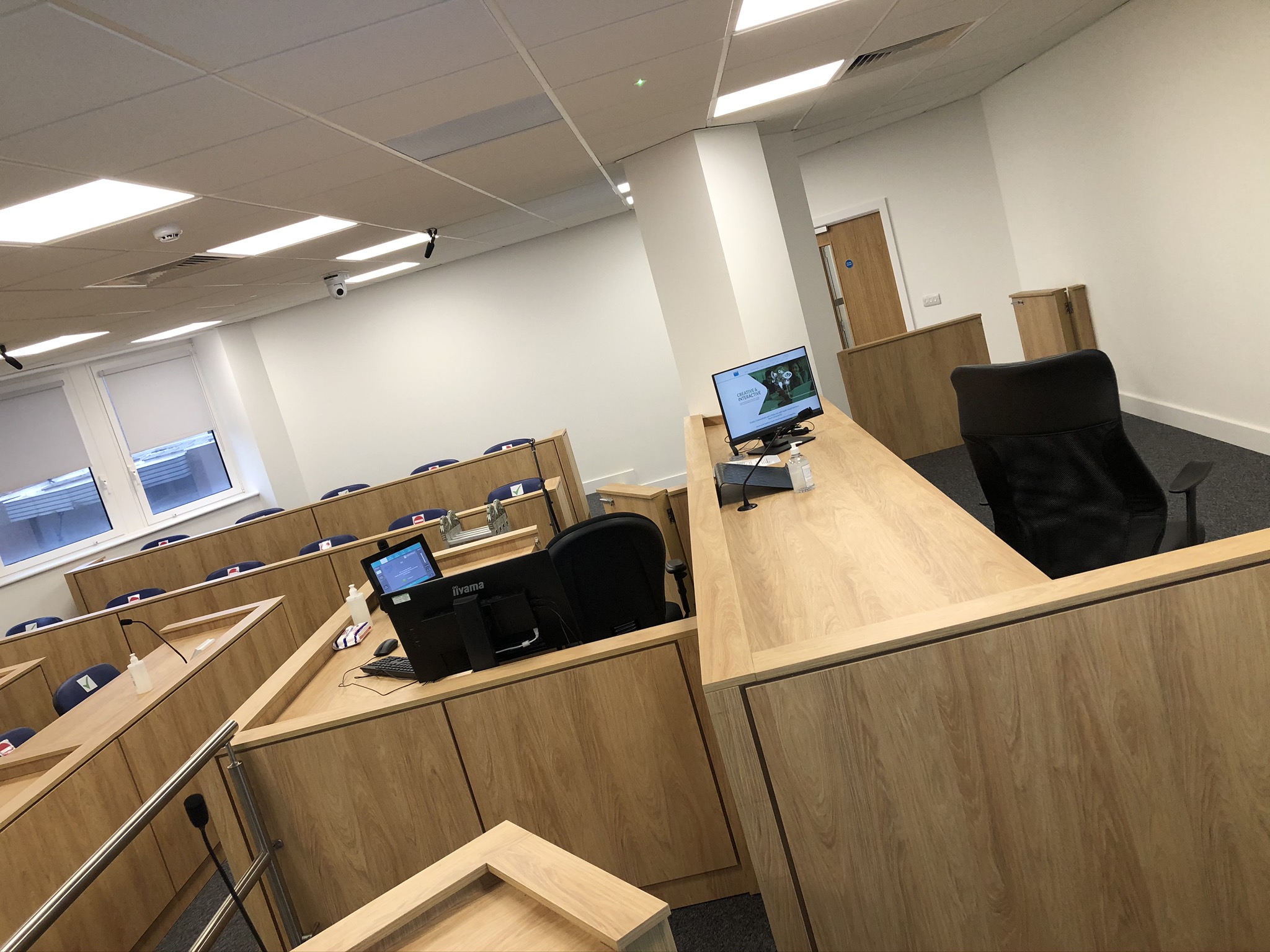 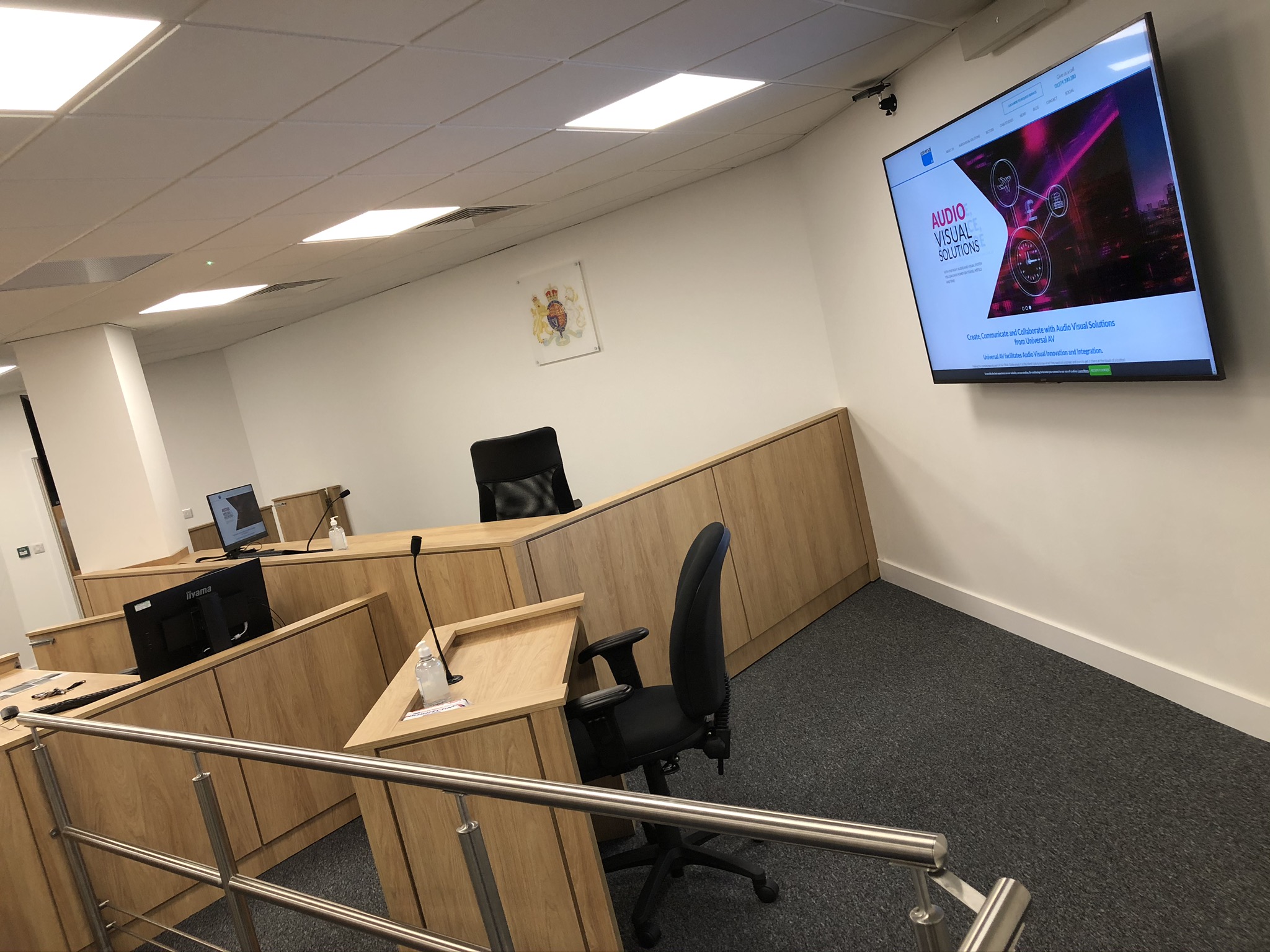 Universal AV liaised with the council during the tender process to map the exact manner in which the solution needed to work. Why they needed privacy for the witness and how this could be achieved. The issues they faced with displaying evidence currently and what they needed from this element of the solution. The level of complexity that was required in terms of controlling the system was also reviewed as there would be no on hand technician during the hearings so simplicity was key.

The solution provided by Universal AV provided exactly what the customer needed, quite simply at the touch of a button with little fuss or complication.

The Coroners desk had a dual controlled Extron TLP Pro solution installed with screen so they could easily record the court session and audio, switch between the witness or the evidence being shown.

A private witness room was installed with screens, cameras and audio so the witness could see the coroner but not be seen by all those in court, however the audio could be heard by all. Sony PTZ cameras were used in the court room which were installed directly above the evidence table and the relayed onto the screens in front of the coroner and jury. The display of evidence was key for the solution installed and was one of the driving factors behind the need for the project. 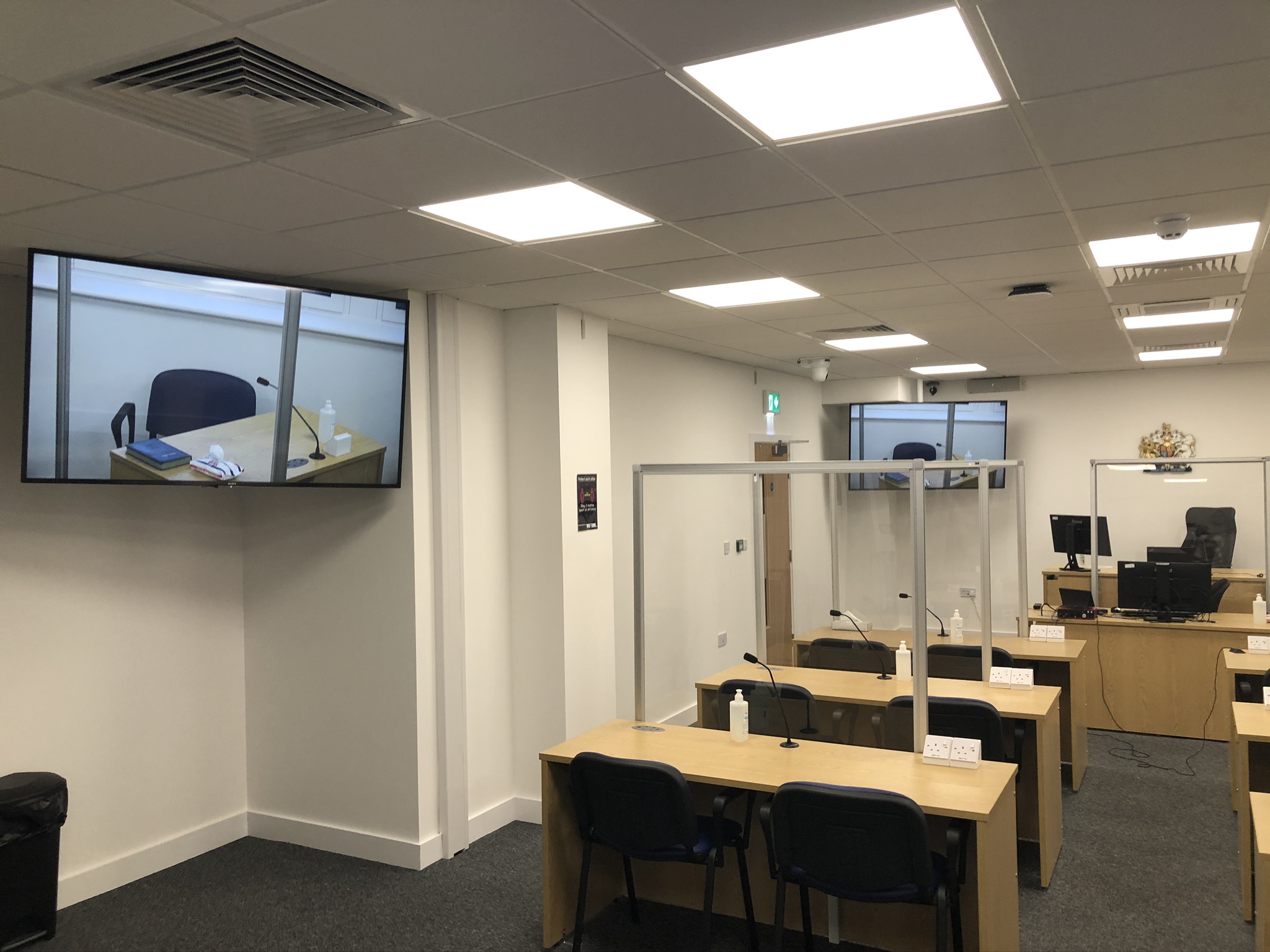 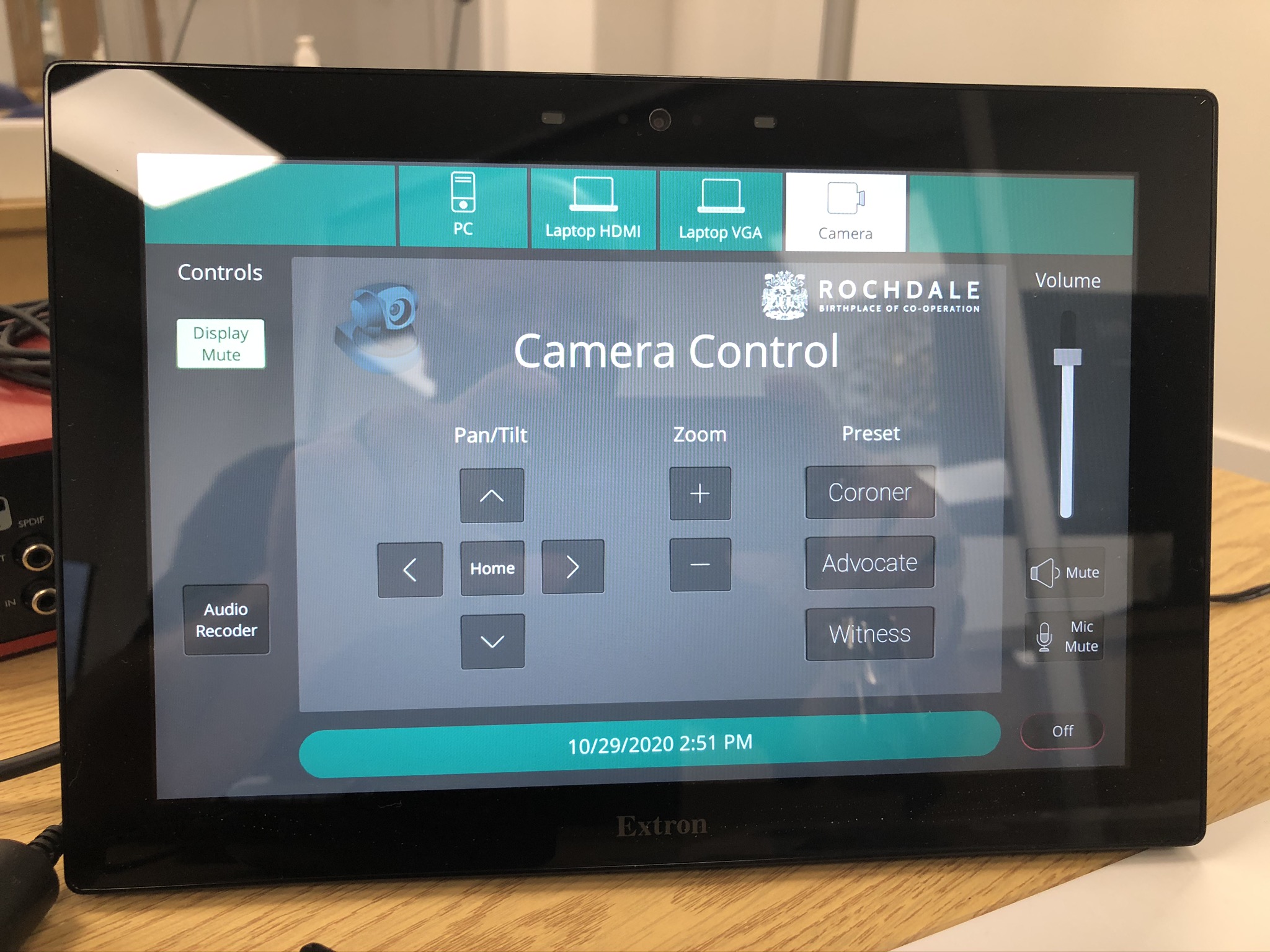 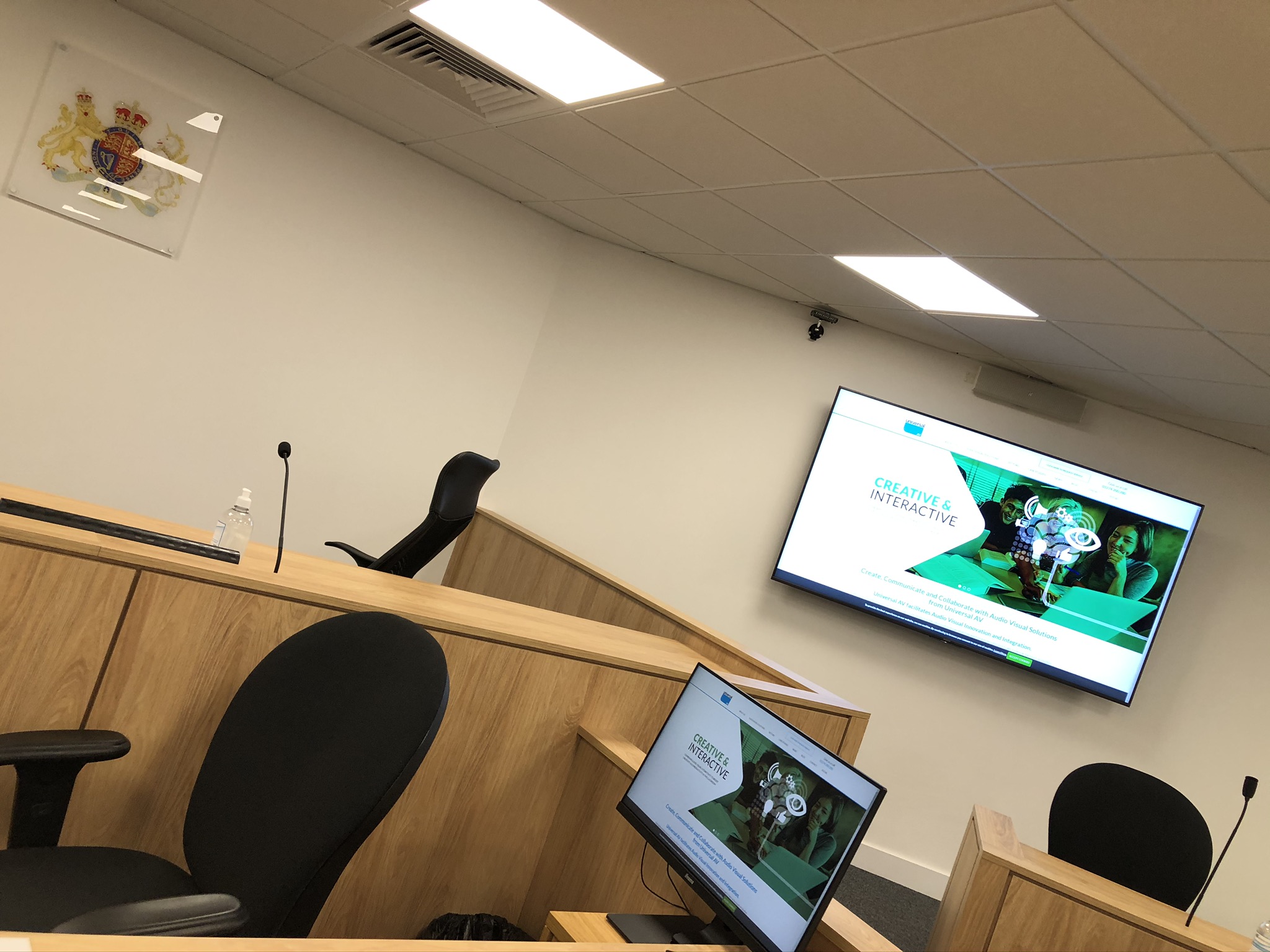 Prior to installation Universal project managers worked with the site manager for the courts to discuss the timeframe for refurbishment and to ensure that channeling would be provided for first fix. The timescales for the project were based around the courts lease on one building ending and needing to relocate before that happened and be up and working with little or no downtime.

The installation ran smoothly due to the communication between parties. Furniture ordered was slightly delayed so Universal ensured that channels for cables were installed and that all network and access points were ready to just install the equipment once arrived.

The installation took place in August 2020 and ran to timescales set which was down to the project manager working so closely with the site manager, coroner and suppliers.

“Universal AV were awarded the contract through a competitive tendering process. We found their expertise invaluable with respect to converting the delivery requirements into a workable technical solution. Some late alterations to the design were incorporated to increase the functionality of the solution to allow the Courts to operate remotely in a Covid secure environment. This adjustment was handle quickly and met the Coroner’s requirements to run courts effectively with remote participants. Coordinating the installation...” 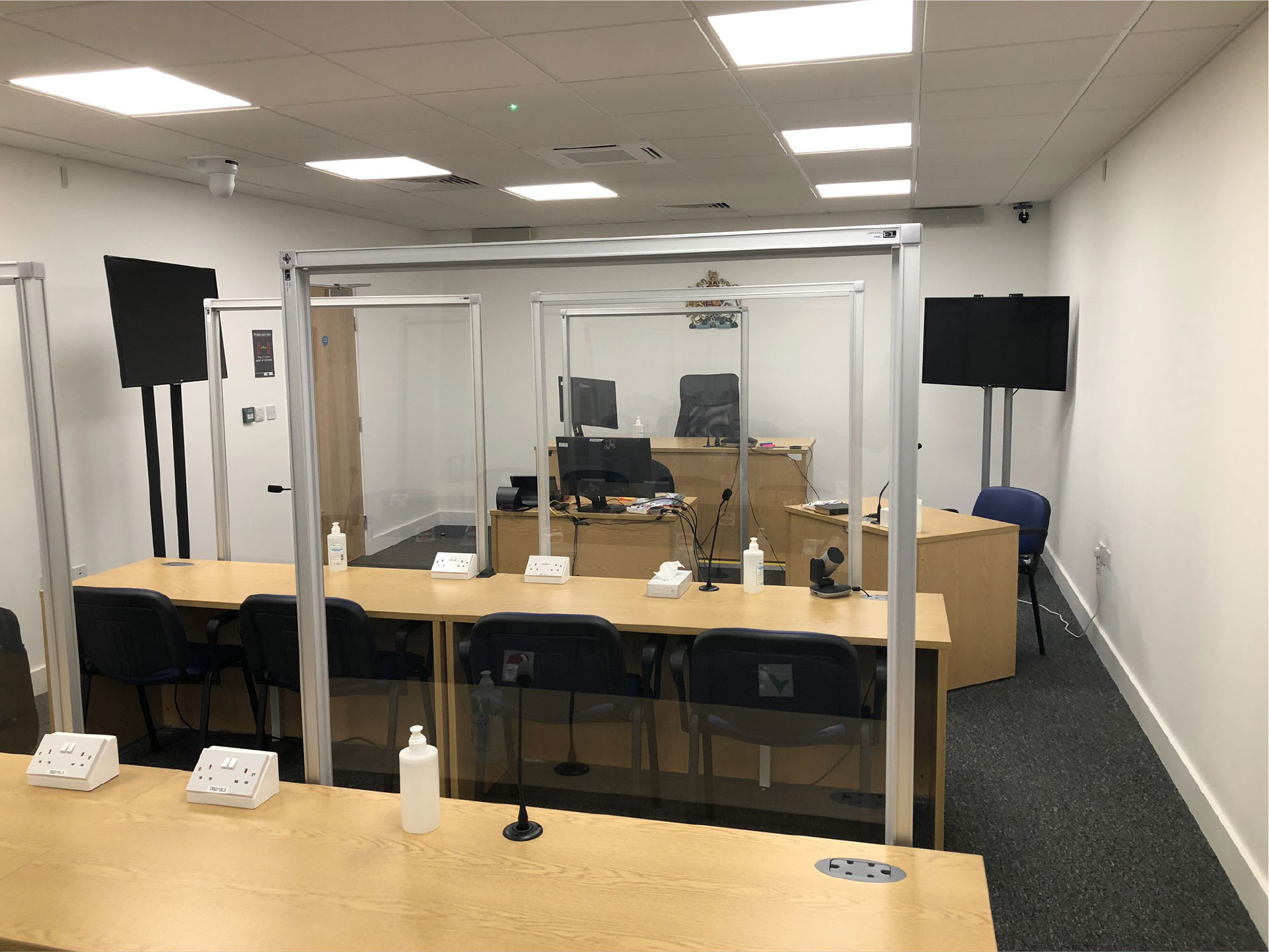 Our Partners on This Project